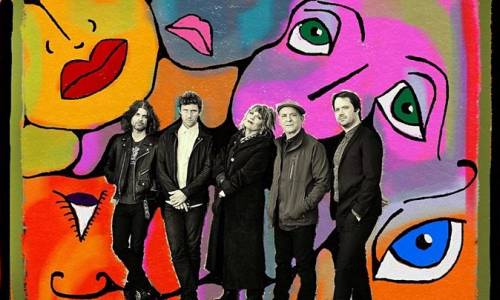 Join 101.5 K-HITS for their 15th Birthday Party with The Motels, Bow Wow Wow and When in Rome II

The Motels are an American new wave band from Berkeley, California that is best known for the singles "Only the Lonely" and "Suddenly Last Summer", each of which peaked at No. 9 on the Billboard Hot 100, in 1982 and 1983, respectively. In 1980, The Motels song "Total Control" reached No. 7 on the Australian chart (for two weeks),[1] and their song "Danger" reached No. 15 on the French chart.

Bow Wow Wow are an English new wave band, created by manager Malcolm McLaren in 1980. McLaren recruited members of Adam and the Ants to form the band behind 13-year-old Annabella Lwin on vocals. They released their debut EP Your Cassette Pet in 1980, and had their first UK top 10 hit with "Go Wild in the Country" in 1982. The band's music was characterized by a danceable new wave sound that drew on a Burundi beat provided by Dave Barbarossa on drums, as well as the subversive, suggestive, and sometimes exuberant lyrics sung and chanted by their teenage lead vocalist.

Remember the closing scene from the cult movie Napoleon Dynamite, voted “Best Picture” at the 2005 MTV Movie Awards? As Napoleon finds some sort of resolution in his offbeat own private Idaho, 80s- throwback lifestyle, a haunting synth chord from that electro-decade surges to the soundtracks surface and a classic piano phrase takes us into the end of the credits. The song is When In Rome’s “THE PROMISE”, the signature tune for the movie and still getting regular airplay across the country 18 years after it hit the Billboard Charts.